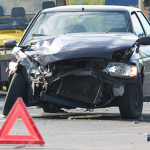 The number of vehicles involved in the GM recall rose yesterday to 29 as GM recalled another 2.4 million cars and trucks. That brings the number of vehicles called in to repair defects this year alone to a record 13.6 million in the US. According to the Boston Globe, that’s more than the total number of cars GM sold in the US in the last five years, and surpasses GM’s previous US recall record of 10.75 million vehicles, set in 2004.

The latest recalls are to repair problems with safety belts in several crossover models, in addition to problems with airbags, gearshifts and retention clips in other cards. The recalls include Buick Enclave, Chevrolet Traverse and GMC Acadia full-size crossovers from the 2009-2013 model years. It also covers 2009-2010 Saturn Outlooks for a problem with the front safety lap belt cables. 2004-2008 Chevrolet Malibus and 2005-2008 Pontiac G6s with four-speed automatic transmission have been recalled for a problem with the gearshift cable. 2015 Cadillac Escalades and Escalade ESVs are also being recalled due to an airbag defect, and 2015 Chevrolet Silverado HDs and GMC Sierra HD full-size pickups due to a potential fire hazard.

This latest recall comes on the heels of GM’s recall of 2.6 million Chevrolet Cobalts and other small cars for defective ignition switches, and a consequence of government regulations. GM was fined $35 million last week by the National Highway Traffic Safety Administration for concealing the deadly ignition switch defect for more than a decade. This is the largest civil penalty ever paid as a result of a government investigation of violations stemming from recalls. GM is now facing many lawsuits related to the problem. The automaker says that at least 13 people died in crashes linked to the defect, but lawyers representing affected individuals say the death toll is at least 53.

GM spokesman Alan Andler said yesterday that there were no injuries or deaths associated with the most recent recalls, but there were 18 accidents tied to a problem with the transmissions in 1.1 million Chevy Malibus and Pontiac G6s.

If you are concerned about your car, a complete list of recalls can be found on the GM website, or by contacting your dealer.