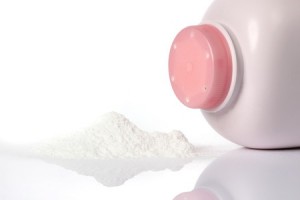 A Missouri jury has awarded $72 million to the family of Jacqueline Fox, a woman who died of ovarian cancer she says was caused by decades of using Johnson’s baby powder, which contains talc.

A pathologist found that Fox’s ovaries showed talc inflammation which later turned to cancer. Jacqueline Fox was one of more than 1000 people who filed suit against Johnson & Johnson for failing to warn customers about the dangers associated with talcum powder, but her case was the first to result in monetary compensation.

It is especially alarming that such a ubiquitous household product can be found to contain cancer-causing ingredients. But, this isn’t the first time Johnson & Johnson has come under scrutiny for the safety of their products.  Following consumer demands and bad press, the company agreed in 2012 to remove other harmful ingredients, including formaldehyde (widely believed to be a human carcinogen), from their products by 2015.

They maintained that asbestos-free talc, used in personal care products, was safe.  However, internal company memos showed that Johnson & Johnson were aware of the risks.

Perhaps the most unsettling aspect of this story is the fact that the company was made explicitly aware of the risks associated with talc, and did not change the formula of their product or make any efforts to warn consumers. Among the most damning pieces of evidence introduced during the trial was an internal memo from a company medical consultant dating back to 1997. The consultant likened the link between hygienic use of talcum powder and ovarian cancer to the connection between smoking cigarettes and cancer.

The 1000+ lawsuits linked to Johnson’s talc products may turn out to be a major blow to a company that has seen its share of legal trouble over a variety of allegedly harmful products, including Xarelto and vaginal mesh.

If you or someone you love has been diagnosed with ovarian cancer linked to extended use of personal products containing talcum powder, contact our office for a free consultation. We will review the details of your unique situation and answer your questions.