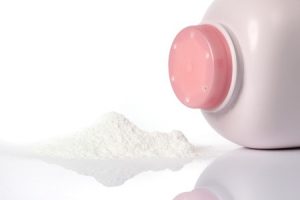 The company has faced thousands of lawsuits alleging its talc baby powder products contain asbestos and caused ovarian and other cancers. Some juries have sided with J&J and others have been unable to reach verdicts. A Missouri jury in July ordered J&J to pay $4.69 billion in a case involving 22 women and their families. A St. Louis jury awarded plaintiffs $4.7 billion. In April, A New Jersey man who sued Johnson & Johnson and other companies after getting cancer he says was caused by asbestos in baby powder has been awarded $30 million by a jury. Last year, a jury awarded a California woman $417 million after she developed ovarian cancer she claimed was caused by J&J baby powder. These are just a few of the lawsuits that exist against J&J.

J&J has said it will appeal the recent verdicts against it. The company has maintained in public statements that its talc is safe, as shown for years by the best tests available. “Plaintiffs’ attorneys out for personal financial gain are distorting historical documents and intentionally creating confusion in the courtroom and in the media,” Ernie Knewitz, J&J’s vice president of global media relations, wrote in an emailed response to Reuters’ findings. “This is all a calculated attempt to distract from the fact that thousands of independent tests prove our talc does not contain asbestos or cause cancer. Any suggestion that Johnson & Johnson knew or hid information about the safety of talc is false.”

Johnson & Johnson released a statement calling the Reuters article “one-sided, false and inflammatory.” “Simply put, the Reuters story is an absurd conspiracy theory, in that it apparently has spanned over 40 years, orchestrated among generations of global regulators, the world’s foremost scientists and universities, leading independent labs, and J&J employees themselves,” the company said in a statement.

In the wake of the Reuters report, J&J stock dropped 9.3%, on pace for its worst day in more than a decade, when its shares fell 15.85% on July 19, 2002 as federal regulators investigated a former employee’s allegations of false record-keeping at a plant that made an anemia drug linked to serious side effects.