In the United States, although teenagers drive less than their parents, the number of crash deaths involving teens is disproportionately high. According to the Insurance Institute of Highway Safety, in the U.S., the fatal crash rate per mile driven for 16-19-year-olds is nearly 3 times the rate for drivers ages 20 and over. The fatal crash rate per mile drove is nearly twice as high for 16-17-year-olds as it is for 18-19-year-olds. […]

Considered the season’s last hurrah before autumn sets in, the Labor Day long weekend is almost here.  It’s the perfect time to get one last taste of summer.  Americans will be hitting the road in great numbers.  Now, that some of the COVID-19 restrictions have eased in our area, people are looking forward to reconnecting with family and friends they haven’t seen in a while.   According to Travel Agent Central,  72 percent of traveling Americans prefer to to drive this year.

Unfortunately holidays also see an uptick in car crashes resulting in serious injury and death.  Almost 400 people died last year in car accidents during the Labor Day holiday period.  The car has the highest fatality rate per passenger of any major form of transportation. There are over 45,000 injuries that require medical attention from car crashes during the holiday period.   […]

What’s new about this law?

Under the new DUI law, individuals convicted of a third DUI with a BAC of .16 or higher, or those convicted of four (or more) DUI’s can be charged with a felony. Under the previous law, Pennsylvania was one of only a few states in which a third DUI was treated as a misdemeanor.

The new law also increases penalties for offenders who cause the death of another person while driving under the influence. Increased penalties include potential felony charges for repeat offenders, and an additional five years of prison time for someone who commits homicide by vehicle while driving without a license or with a suspended license. 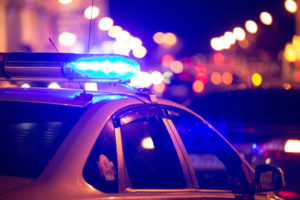 What is the new DUI law in PA?

What is an ignition interlock device?

An ignition interlock device is essentially a breathalizer that will prevent a car’s engine from starting until the driver blows into a tube to indicate that they are not under the influence. If the device detects alcohol, the vehicle will not start.

Those in favor of the new law say that the ignition interlock will be more effective in preventing drunk driving accidents and deaths, […] Opioid addiction, drug use, and reliance on pain medication have come into the national and local spotlight as they claim more and more lives. A new study has illuminated another side of this issue: drugged driving is on the rise.

“The number of American drivers killed in car crashes in which drugs were detected has eclipsed those killed in crashes where only alcohol was found.”

The data in this study is imperfect.  The study only reflects drivers who were tested; not all drivers in all states get tested after a fatal crash; […]