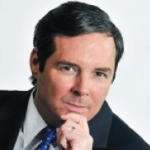 According to the Motorcoach Census 2013, a study commissioned by the American Bus Association Foundation, there were 39,607 motorcoaches in the United States in 2012, which transported 637 million passengers. Students and seniors accounted for 50% of these passenger trips.

The National Transportation Safety Board (NTSB) raised concerns about motorcoach safety decades ago in 1968, following a fiery and fatal bus crash. We’ve seen many horrific bus crashes since then, including another deadly fiery crash just last week, which took the lives of a group of students, and has raised even more concerns.

Regulators have not been quick to act on any of these concerns raised by the NTSB. In 1999, the NTSB issued new standards for large buses, also known as motorcoaches, so that after an accident, passengers can easily open windows and emergency exits.

In 2011, NTSB chairman Deborah Hersman spoke at a congressional hearing, […]

10 dead after semi-truck hits a bus filled with students

A fatal collision on interstate 5 in Northern California yesterday left at least 10 people dead and dozens more injured. According to the National Highway Traffic Safety Administration (NHTSA), there were a total of 3,921 fatal truck accidents and 104,000 people injured in crashes involving large trucks in the U.S. in 2012, the last year for which statistics are available. A total of 317,000 large trucks were involved in traffic crashes during 2012.

An increase in truck-related highway fatalities recorded by the NHTSA in 2012 versus 2011 is firing renewed debate regarding the industry’s safety profile. This latest deadly crash raises even more concerns.

The National Transportation Safety Board is investigating what caused the FedEx semi-truck to cross the median into on-coming traffic and crash head-on into a charter bus filled with high school students traveling to visit a local university. […] 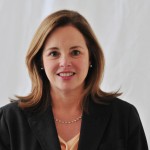 Taking testosterone therapy doubled the risk of heart attack among men over age 65 and nearly tripled the risk in younger men with a history of heart disease, according to a recent report published in PLOS ONE, an inclusive, peer-reviewed resource from the Public Library of Science. The report, which involved a study of over 55,000 men, is the latest of several studies raising concerns about the risk of heart attacks in men taking testosterone therapy.

This and other studies, which have concluded that testosterone therapy was associated with increased risk of cardiovascular events, particularly in men over 65 years, have spurred an investigation by the Food and Drug Administration (FDA). Lawsuits have also been filed on behalf of men who have suffered heart attacks and strokes after taking testosterone products, such as AndroGel.

Although testosterone replacement is an important therapy for men with hypogonadism, […] The problem of child sexual abuse in this country and throughout Pennsylvania continues at an alarming rate. It can be difficult to acknowledge that sexual abuse of children of all ages, including infants, happens every day. This horrifying topic was brought to the national spotlight when Jerry Sandusky was found guilty of 45 counts of sexually abusing 10 boys, using his position in a prestigious football program to gain access to youth. This past week, Pennsylvania’s top court rejected a bid by this former Penn State football coach to appeal his 2012 conviction of charges of sexually abusing children.

Last week alone in Northeast Pennsylvania, we saw news reported of a trusted pastor at a Scranton cathedral being removed from his position and charged with indecent assault and corruption of minors. […] 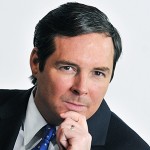 Senators grilled General Motors CEO Mary Barra this week about the years of delays in recalling vehicles with faulty ignition switches, and accusing GM of a cover-up to hide the problem that caused at least 13 fatal accidents.

Bara told the house committee that she first heard there was a problem with the Chevrolet Cobalt in December, while GM’s senior management was apprised of the full matter on January 31, when the company announced its initial recall of Chevrolet, Saturn, and Pontiac vehicles.

Senator Richard Blumenthal of Connecticut spoke up during the senate hearing telling Barra that he though “it’s pretty much incontrovertible that GM knew about the safety defect, failed to correct it…and then concealed it from the courts and the United States.”

Internal documents show the company knew about problems with the switch for at least a decade, but recalls did not begin until this February. […]